Being Deported to Post-Earthquake Haiti?

December 15, 2010, Port-au-Prince, Haiti – Alternative Chance (Chans Altenativ), a self-help, peer counseling, advocacy program for criminal deportees in Haiti was founded in 1996. For nearly fifteen years, Alternative Chance has been intervening on behalf of Haitian criminal deportees from the United States once they arrive in Haiti and are imprisoned in nightmarish conditions in police station holding cells or prisons. Following the devastating January 12, 2010 earthquake, we welcomed the humanitarian gesture of the U.S. government when it announced it would suspend deportations to Haiti. We are shocked by this week’s pronouncements and actions by the U.S. government to resume these deportations at this juncture.

Earthquake conditions have not significantly changed since the U.S. saw fit to suspend deportations. In fact some conditions have worsened. Today there are more than 1.3 million persons still living in tent and tarp encampments with no transition or permanent housing on the horizon. Haiti was hit by a recent hurricane and flooding and its first cholera epidemic brought on by the arrival of a virulent South Asian strain. And, a week ago Haiti became embroiled in election chaos and violence in its streets. Today Haiti's Ministry of Health announced that since October 2010 there have been 2,405 known deaths from cholera and 109,196 persons have been sickened. Health organizations believe the numbers are at least double this. The World Health Organization predicts 650,000 persons will be sickened over the next year with a large percent to occur within the next few months.

Prior to the earthquake, Alternative Chance observed firsthand criminal deportees held in Haiti’s DCPJ police administrative building and in other police stations or prisons in and around the capital. Not charged with any crimes in Haiti, their detention is illegal under Haitian law and international standards. They are not provided any due process, a release date or an attorney. If they have no acceptable family member living in Haiti to apply for their release, the police enforce the Ministry of Interior policy and hold the criminal deportees indefinitely for months.

While in detention criminal deportees are not provided food, treated drinking water, medical or mental health care, and are not provided any necessary medications. Medical files transferred at the time of their deportation for those who have serious medical conditions are confiscated by the Ministry of Interior and never shared with any healthcare providers or hospitals.

Most of the police station holding cells are grossly overcrowded, are intended for short term detention and have no toilets or sinks. The detainees are forced to urinate in a communal bucket and defecate in paper bags. When there is room to lie down, criminal deportees must lay directly on insect, rat infested cement floors. Their cells usually have no lighting, are over 100 degrees, and the criminal deportees are locked in twenty four hours a day.

Cholera, a deadly disease primarily caused by bacteria infected water or exposure to feces, can cause rapid dehydration, shock and death within the first few hours of its first symptom. Cholera is raging through prisons and detention facilities taking lives with it. Persons with cholera must be quickly rehydrated and in most cases placed on an IV drip. They must be attended to round the clock by medical personnel in either Cholera Treatment Centers or hospitals. In Haiti’s national prison, for example, it has been observed that many cholera victims died at night in the absence of medical care.

We fear for the lives of those who would be deported to Haiti.

Posted on the site of Alternative Chance. Also please read this post on Justice Roars. 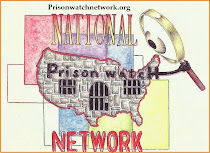